For more than 90 years, Winkelbauer has been a competent and reliable partner for international brands and the Austrian food trade. Together, the range on the domestic supermarket shelves is made attractive and interesting. Winkelbauer paves the way for quality brands such as Seeberger, Kettle, Chips, DeliDip or Finn Crisp to the Austrian consumer.

Today the company is managed by Hannes and Thomas Winkelbauer, the third generation. While Thomas Winkelbauer concentrates on the internal organisation, Hannes Winkelbauer represents the company externally. With a highly motivated team, they now manage to distribute 40 brands with 500 articles in 12 categories in the chilled, non-refrigerated and non-food sectors. 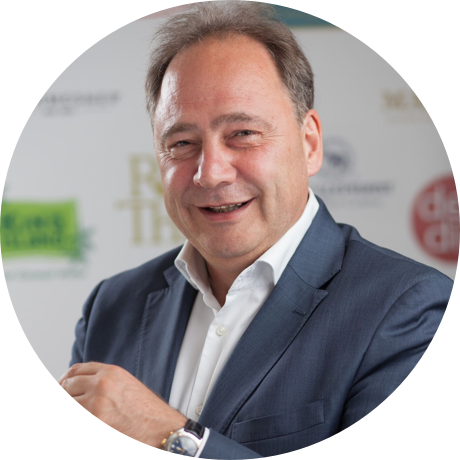 Hannes Winkelbauer hands over the sales agenda to Brigitte Reiterer and concentrates on the strategic development of the company.

The Winkelbauer company is constantly growing and improving. Among other things, the entire domestic logistics (storage and distribution) is outsourced to an experienced forwarding agency.

Expansion of the sales force throughout Austria. The product range is greatly expanded; in addition to confectionery, high-quality food, dried fruit, snack and gift articles are now also sold.

At the beginning of the 1960s, Josef Winkelbauer junior started importing specialities and supplied the speciality shops in Vienna with selected sweets. The motto “The fruits of the world are always in season” is now complemented by “From the world of spoiled palates”.

Foundation of the Winkelbauer company by Josef Winkelbauer sen. The company is dedicated to the trade of fresh fruit and vegetables.

The Winkelbauer company is already in the 3rd generation and guarantees a long-term realization of goals.

The Winkelbauer team consists of 35 employees in total. They work in the areas of purchasing, sales, marketing, customer service, accounting, quality management and controlling.

Behind every successful company is a strong team full of different characters and personalities.

Only together as a team we can achieve our goals.

Since January 2019 WINKELBAUER GmbH has been certified according to IFS BROKER.

The IFS BROKER is an internationally recognised standard for food safety and quality and guarantees that the products meet the strict requirements for hygiene, specified product properties and product safety.

Besides that WINKELBAUER is also an organic certified broker adhering to the organic regulations when dealing with organic products.